How to Deal With Anxiety in Children

Is My Child Special Needs? 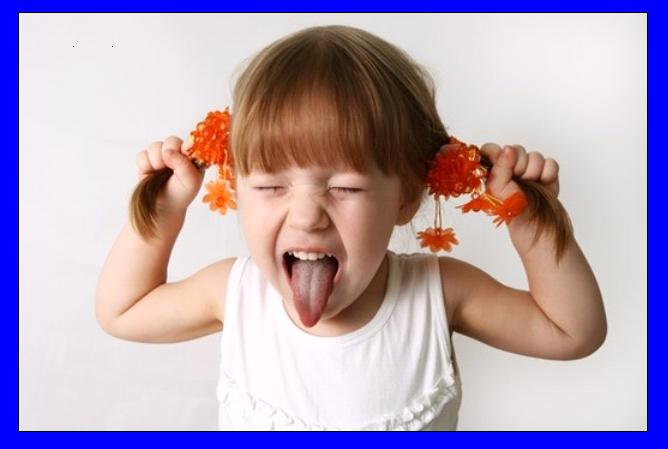 These days when a child acts out or is hostile, some people may automatically think they are just a bad kid or they have bad parents.  But, did you know there is actually something called ODD or Oppositional Defiant Disorder?  This is a disorder that makes a child seem defiant, hostile or even a child that won’t follow the rules could be considered to have Oppositional Defiant Disorder.  Instead of automatically assume your child or another child is acting out just to act out, consider that it might be something a little more serious.  In fact the NIH National Institutes of Health have said that this is a condition that is present in 20% of school aged kids.  And oftentimes it’s marked as being disobedient or hostile, when it’s actually Oppositional Defiant Disorder.  If you have a child that gets out of hand or you know someone that has a child that acts disobedient or hostile in certain situations, read on below for more information on identifying patterns of Oppositional Defiant Disorder, dealing with this disorder and how parents should manage any stress or frustrations that come with this disorder.

One of the most common patterns among this disorder is that it usually ends up happening more with boys than girls.  Some symptoms that usually arise around 7 or 8 years of age include things like refusing parents requests, being angry or short tempered, being resentful, arguing, screaming or yelling for no good reason.  Other patterned symptoms include revenge, getting annoyed with teachers or parents, etc.  Sometimes some teachers may think they just have an unruly student.  Not everyone like Shari Duddy will actually take the time to talk with parents and try to find out what the issue is, which is why it’s so important to have good teachers AND a good school to send your kids to so that these things won’t just be ruled out as having a bratty kid, but possible something more.  Another common symptom of Oppositional Defiant Disorder is having very little or no friends, perhaps this is because of the way they treat their friends or it’s just an opposition to make friends.

Dealing With Children That Have Oppositional Defiant Disorder

Believe me, it’s probably much easier to just let things go and let them do what they want when they are defying you, but it’s actually a better idea to stay consistent and show them that when you break a rule, there will be consequences.  One of the best ways to go about this is to have a reward chart.  This will hold the child accountable for their actions and words, but it’s also a great way to break down the power struggle of parent versus child.  One thing that most doctors and therapists suggest against is any physical punishments.  This can actually make things much worse when it comes to a child with Oppositional Defiant Disorder.  Beyond this just being prevalent in boys, kids that have been physically, mentally or emotionally abused as well as kids that have been neglected or kids in the system tend to also have Oppositional Defiant Disorder.  Their increased risk is much higher than someone who has not been abused or neglected.  It also would be a good idea to meet with a health professional like a therapist so that not only you have an outlet to talk about what is going on, but your child does as well and both of you can learn tips on how to manage this disorder much better.

This is probably one of the most difficult and frustrating disorders to go through.  Especially if at first you just thought your child was being unruly for no good reason.  There may be embarrassment; you may feel ashamed for not realizing it sooner, etc.  But, were all human and we all make mistakes, especially with our kids!  It’s important to remember that this isn’t only a difficult thing for your kids to go through, it’s also difficult for you.  Make sure that while you still address your child’s needs and their problems, that you are still taking a time out for yourself.  One of the ways to go about this is to find a family or parent support group with other parents that have children that have Oppositional Defiant Disorder.  This will give you a good way to rant and rave in private, but also to let off some steam, get some good tips that have worked for other parents, and to have someone by your side when everything else is chaotic.  It also might be a good idea to take up a new hobby; something that makes you happy, is interesting and fun to do on those off times when your kids are at school and you just need to relax and take some “me” time.

How Kids Can Improve Attention Span