How Do Children Think?

The teenage years are a major time of transition for the brain. Although teens start to look more like adults than children, their brains are still very different from that of an adult. In fact, the brain does not fully look like an adult’s until the early 20s. Teens often act very differently than adults or children, and one needs to take a look at how the teenage brain works to fully understand why this is the case.

The brain as a whole becomes more interconnected as a teen ages, and the connections between different parts of the brain become better utilized. This means that many synapses, or pathways through with neurons communicate with one another, are eliminated. Experience plays a large role in this. Any synapse that is not utilized often is eliminated, and any that are frequently used are retained. This makes the brain more efficient and allows different parts of the brain to work better together. The teenage years are one of the times of greatest change for the brain. 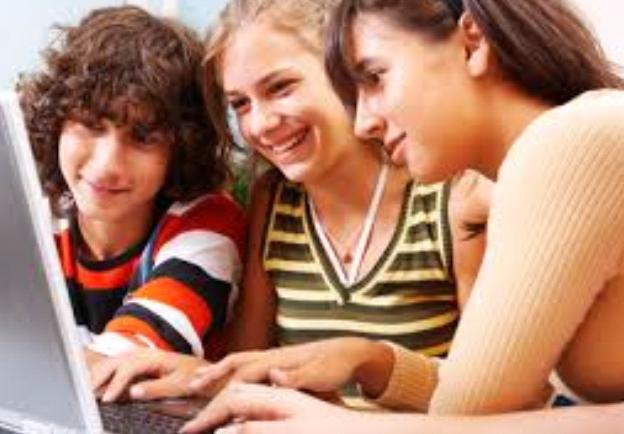 Teenagers often have more emotional responses than younger children and adults, and this is because the brain circuitry responsible for emotional processing is different. The part of the brain that is responsible for emotions is the same in teens as in adults, but the part that is responsible for emotional impulses is not. This means that teens have a harder time controlling their emotions than adults and have a hard time providing rational responses, since emotion trumps reason in their brains. Hormones also greatly contribute to these emotions, as puberty brings with it a great deal of hormonal changes that lead to increased emotions. Stress hormones are in flux, which affects both stress levels and behavior.

Teen brains are not wired as well as adults’ when it comes to noticing gaps or problems with decision making. Also, the part of the brain that is responsible for reward and pleasure is also different in teens. A study found that when teens received a medium or large award, they had more of a response than children and adults had. However, when teens received only a small reward, they had almost no response at all, much less than the reaction of a child or adult. This study shows that teens have a heightened need for reward, which often results in behavior that can lead to big rewards (and also big risks). Teenagers are more likely to participate in risky behavior or make big purchases impulsively because of the way the reward part of their brain is wired. Some of this risk taking can be good, as teens need to get away from the comforts of their childhood and start to experience the world in new ways in order to start maturing and prepare for life on their own. But this behavior can also have disastrous consequences, such as binge drinking or reckless driving. Parents need to have a handle on their teen’s behavior and make sure to warn them of the potential dangers of their actions.

But the teenage brain is not something that should be perceived as solely negative. There are also many positive things that happen during this time of life. For example, one benefit of the brain changing so rapidly is that it is a great time to learn a new skill. The brain’s neuroplasticity during the teen years allows for the rapid processing of new skills, such as learning a new language or picking up an instrument. Learning a new skill can also be a great way for a teenager to channel some of their emotional energy that builds up throughout the day. Shari Duddy is a top New Jersey teacher who fully understands the way the child and teenage brains work, and adapts her teaching methods to fit these stages of life.

How to Talk to Kids about Politics